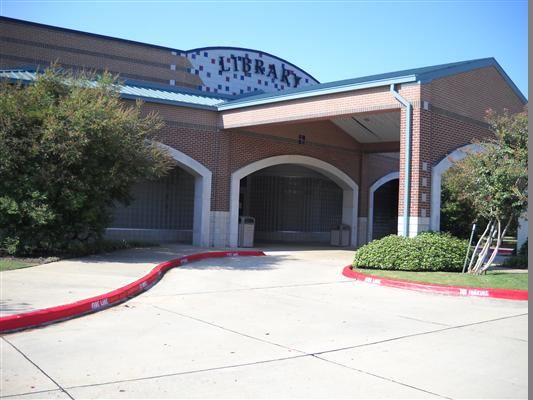 In February 1947, a civic organization in the Broadmoor community requested that the Library Board construct a library in the area. That August, the City Council approved a proposal to build two small branches, one in Broadmoor and one in Queensborough, with a cost not to exceed $5,000 each. Architect Dewey Somdal was asked to draw up plans for the Broadmoor building in March 1948. The Broadmoor Branch was open and operating by August 1948, located at 4025 Youree Drive on the grounds of A. C. Steere School. The original building was much smaller than the current building at that site.
In January 1956, the decision was made to expand the branch. Neild-Somdal Associates designed the addition, which made the building L-shaped and included space for separate adult and children’s collections, as well as work space for staff. This addition was completed in the fall of 1956.

In 1969, the building was again expanded, this time into a U-shape. This expansion was designed by Van Os and Flaxman, opening to the public in September 1969. The final size of the expanded building was 4,088 square feet.

During 1992 and 1993, as part of the library’s building program, the library decided to expand services through the addition of two Resource Center branches, one in east Shreveport and one in west Shreveport. The Resource Centers would support the surrounding neighborhood branches while duplicating reference collections previously available only through the Main Branch. The Broadmoor Branch was also selected as the new home for Genealogy.

On April 2, 2000, the Broadmoor Resource Center was opened at 1212 Captain Shreve Drive, constructed with funds from the library’s 1996 capital tax issue. The new building was designed by Clarence Babineaux of Schuldt, Goza, Babineaux Architects. It is 32,000 square feet in size. About 8,000 square feet of this total is occupied by the Genealogy Library. The cost of the building was $5,405,552, including land.