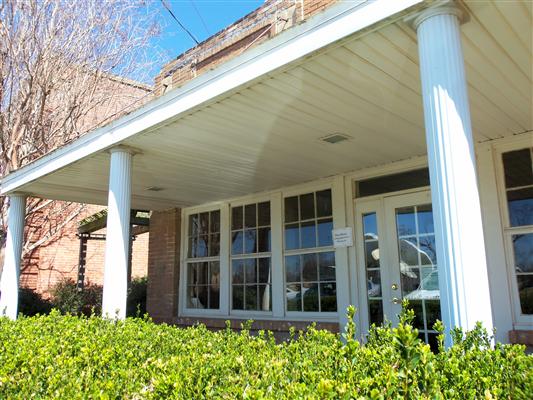 The Gilliam Branch Library was established in 1931 and was partly sponsored by the local Parent-Teacher Association. Like other part-time branches, it was intended as a cooperative endeavor between Shreve Memorial Library and the Village of Gilliam.  The library was originally located in Shaver Brothers Store, with Mrs. J. N. Shaver as the first librarian (called a “custodian” at that time).  Later, Mr. R. T. Douglas provided a building and utilities for the library. In 1955, the branch moved into the Gilliam Post Office, where it remained until 1971. It was open 6 hours per week.

In April 1971, the Shreve Memorial Library Board decided to close the branch for several reasons: circulation was very low, a suitable person could not be found for the position of librarian, and the branch was only 5 miles from the Hosston and Belcher branches.  At this time a bookmobile stop of about 1 hour and 30 minutes every two weeks was substituted for the branch. In 1973, the stop was lengthened to 3 hours. Later the circulation lagged and by 1982 the bookmobile stop had shrunk to a 15-minute stop every two weeks.

In May 1982, Mayor James Hall contacted library officials to ask if a branch library could be re-established at Gilliam. Library Director Jim Pelton and Extension Librarian Cindy Ortego met with interested citizens on June 15 for input. Library staff then calculated the costs and benefits of a cooperative branch versus a bookmobile stop and recommended reinstituting the branch.   By early July 1982, the Library Board had approved the Gilliam Village’s request for a branch on condition that it must be a cooperative endeavor with the library and that the Village provide the facility, maintenance, utilities, and shelving. The Village Council voted unanimously to provide these things.

The branch was established in a room of the Gilliam Village Hall with Mrs. Beverly Caldwell as the librarian. Though the room was only about 180 square feet in size, adjustable metal shelving was arranged to take maximum advantage of the space.

In the spring of 1986, the First National Bank branch in Gilliam was closed and the building was donated to the Village. The library moved into three rooms of this building. The shelving from the old building was moved to the new facility and augmented with new adjustable metal shelving purchased by the Village. The new location opened in June 1986, expanding the branch’s floor space to 602 square feet. The book collection was much expanded. The new location allowed space for a separate children’s room and a librarian’s office in addition to the adult area.

The library’s 1996 capital tax issue offered the municipalities with a part-time library branch a chance to apply for a grant to remodel, add onto, or replace their existing branch facility. The municipality would retain ownership and maintenance responsibilities for the building. Gilliam Mayor Helen Adger applied for the grant amount designated for villages below 800 in population, which was $65,400. Later the Village received a further grant from the Library of $10,000 for furniture, fixtures, and equipment making the total amount granted by the Library $75,400.  Representative Roy “Hoppy” Hopkins obtained a further grant to the Village of Gilliam from the Louisiana Rural Development fund. The Village purchased the old Adger Store building at 12797 Main Street in Gilliam as the new site for the library. This building also incorporates the site of the Red River Crossroads Museum, which is housed in two glass-fronted display areas inside the branch. Architect for the project was Vincent P. DeFatta of Coyle Engineering Co., Inc.  The builder was J. L. Stewart.  The size of the building is 2,200 square feet.  The building was opened to the public on February 28, 1999.

The branch is open 16 hours per week.