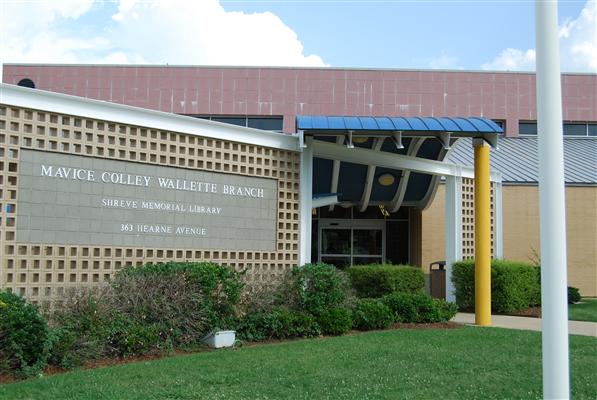 In 1932, librarian Lois White Henderson approached the Shreve Memorial Library Board of Control to request library services for African American residents of Caddo Parish. Her request resulted in the creation of the Lakeside Branch, which opened in 1933 at 1852 Milam Street. The library was staffed on a partially volunteer basis. In November 1933, the board received a request for a fully funded branch library. By 1935, the library supported a paid staff member and rental costs for the facility. In 1950, the lack of service to the black community was criticized, including an editorial published in the Shreveport Sun “deploring the inadequate library service extended to the Negro population.” Librarian Lois White, after speaking to the editor, initiated a discussion that suggested that a new branch be considered, perhaps in conjunction with Mayor Clyde Fant “confer[ring] with a committee of Negro leaders to see what could be done.” In the subsequent months, Mayor Fant approved the use of the Booker T. Washington High School grounds for the new Lakeside Branch, which used the same plans as the 1949 Caddo Heights Branch Library.

The Lakeside Branch was dedicated on February 18, 1951. Otis Emmanuel, a Master of Library Science, was the first librarian, assisted by Bernadine Emerson. Outreach programs at the branch included a circulation station and juvenile story time at the Elamito Terrace Apartments. The Lakeside Branch was, and would remain until the 1960s, the library’s only outlet for service to African American citizens. Bookmobile service, which began in 1957, helped to extend service to Caddo’s black community. In 1964, the branch was remodeled and approximately doubled in size, bringing the total square footage to 1,758.

The 1996 capital tax issue funded a new building to replace the decades-old Lakeside, which was renamed for longtime Shreve Memorial Library Board of Control member Mavice Colley Wallette. The library was designed by Bill C. Beebe of Morgan, Hill, Sutton, and Mitchell, who also designed the award-winning J. S. Clark Middle School located next door to the library. Featuring brightly colored metal hoods mirroring the color scheme of the school, small windows of colored glass, Ghanian wooden stools, and Kente cloth hangings, the new facility opened on February 5, 2000, with 9,043 square feet of available space. The land was acquired through an agreement between the library and the Caddo Parish School Board, which received the old Broadmoor, Lakeside, and North Caddo buildings, plus an additional payment for the property. As part of the same transfer, the library received an additional building, the former Vivian Elementary School, which was remodeled to serve as the North Caddo Branch.