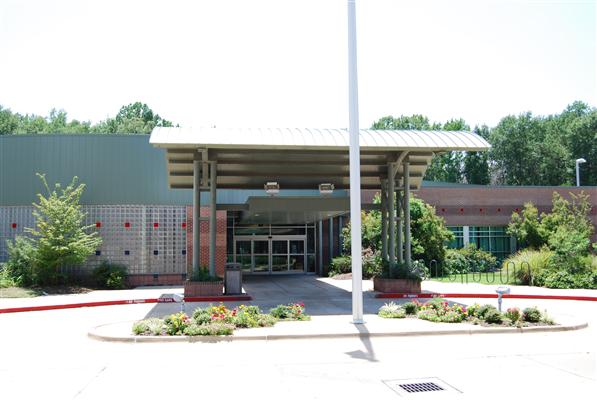 The J. C. Hamilton Branch at 2604 Hillcrest in the Werner Park neighborhood was opened to the public on July 3, 1961. Architects were Meleton & Massey. The building was named for J. C. Hamilton, who donated the land for the branch and was president of the Library Board from 1942 until his death in 1947. The branch replaced the smaller Werner Park Branch, which closed as soon as Hamilton opened. The Hamilton Branch originally housed a bookmobile garage in the back, but the bookmobile operation later moved to the Extension Headquarters building on Creswell St. In 1971-72, the Hamilton Branch was remodeled and the garage was converted to part of the library. This added about 1,126 square feet to the service area, making the building’s total size 5,190 square feet. Additional parking space was added at this time by purchasing a lot at 6135 Bowie Street.

The South Caddo branch was built with funds from the library’s 1968 bond issue. The land for the branch was donated by the Western Electric Company to Caddo Parish. The parish then donated a one-half interest in the land to the city and the library constructed the branch. The completed building, located at 9701 Baird Road, was formally opened to the public on March 20, 1974. At that time the Summer Grove and Forbing Branches of the library were closed, because they were replaced by South Caddo. The building was designed by Walker & Walker, and was 4,263 square feet in size.

The 1992-93 branch study recommended that this building be replaced by a new facility of the community branch size. However, the Hamilton Branch service area was very close to South Caddo’s and citizens of the area signed a petition requesting that the new branch be merged with Hamilton in order to make a larger facility. A large lot at the corner of Baird Road and Bert Kouns had been considered by Wal-Mart as a site for a store, but this was rejected by the community. There was much support for locating the new library branch on this site, so the Library Board chose it as the location for the combined branches. The new Hamilton/South Caddo Resource Center opened May 18, 2003. Its architect was Clarence Babineaux of Schult, Goza, Babineaux Architects. The building is 26,233 square feet in size and was built at a total cost of $4,968,709. The old South Caddo Branch closed when the new building opened, and the city donated it to a civic organization.